In Praise of Skepticism: Trust but Verify

In Praise of Skepticism: Trust but Verify 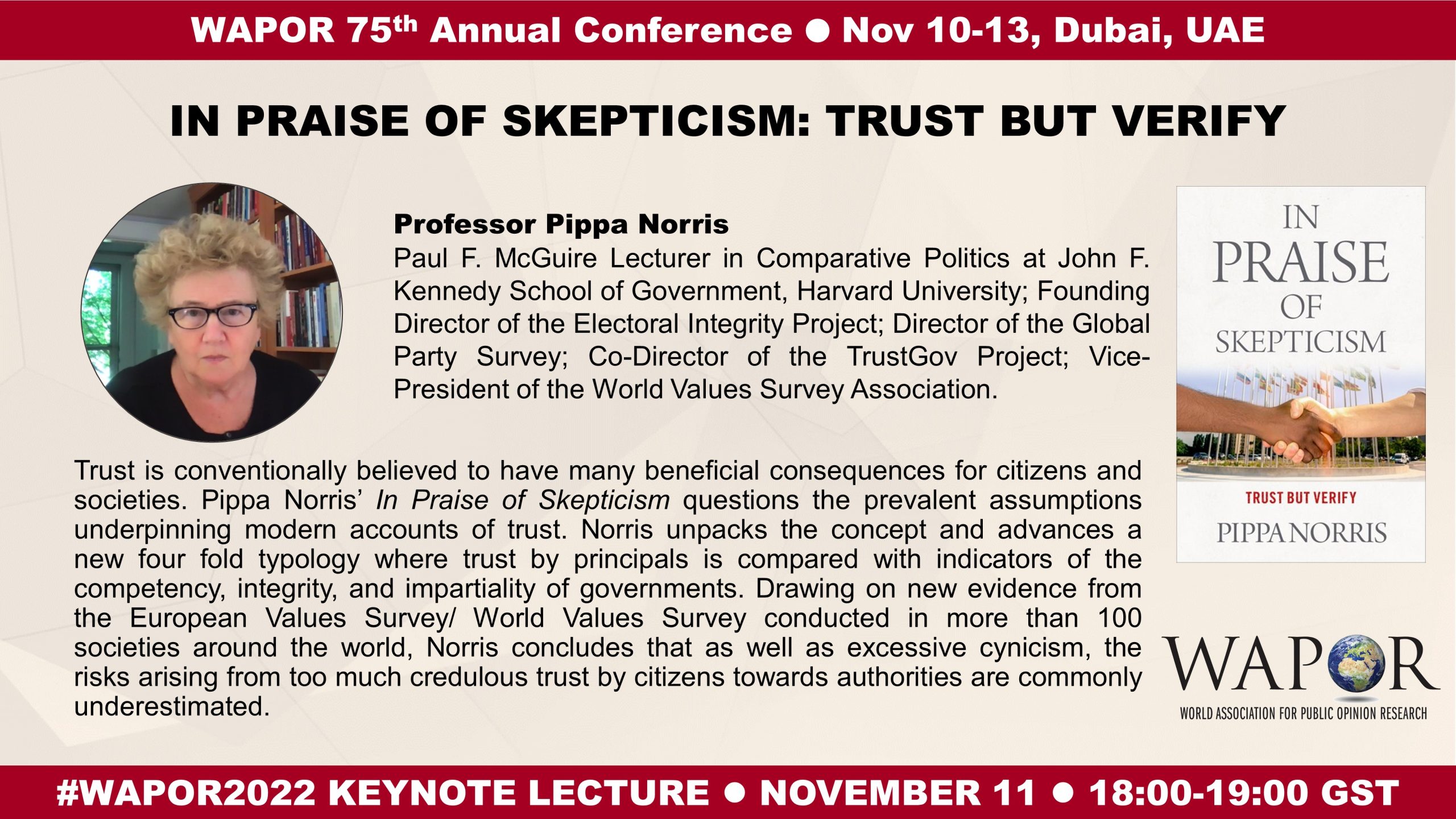 Trust is conventionally believed to have many beneficial consequences for citizens and societies – by lubricating markets, managing organizations, legitimating governments, and facilitating collective action. Any signs of its decline are, and should be, a matter of serious concern. Yet, Pippa Norris’ In Praise of Skepticism questions the prevalent assumptions underpinning modern accounts of trust and recognizes that trust has two faces. Norris unpacks the concept and advances a new four-fold typology based on the interplay of trust and trustworthiness, where trust by principals is compared with indicators of the competency, integrity, and impartiality of governments. Trustworthiness involves an informal social contract by which principals authorize agents to act on their behalf in the expectation that they will fulfill their responsibilities with competency, integrity, and impartiality, despite conditions of risk and uncertainty. We should trust but verify. Skeptical judgments reflect reasonably accurate and informed predictions about agents’ future actions based on their past performance and guardrails deterring dishonesty, mendacity, and corruption. Both cynical beliefs (underestimating performance) and credulous faith (over-estimating performance) involve erroneous judgements reflecting cultural biases, poor cognitive skills, and information echo chambers. Drawing on new evidence from the European Values Survey/ World Values Survey conducted in more than 100 societies around the world, Norris concludes that as well as excessive cynicism, the risks arising from too much credulous trust by citizens towards authorities are commonly underestimated.

Pippa Norris is a comparative political scientist who has taught at Harvard for three decades. She is the Paul F. McGuire Lecturer in Comparative Politics at the John F. Kennedy School of Government, Harvard University, and Founding Director of the Electoral Integrity Project, Director of the Global Party Survey, Co-Director of the TrustGov Project and Vice-President of the World Values Survey. Her research compares public opinion and elections, political institutions and cultures, gender politics, and political communications in many countries worldwide. She is ranked the 2nd most cited political scientist worldwide, according to Google scholar. Major career honors include, amongst others, the Skytte prize, IPSA’s Karl Deutsch award, fellowship of the American Academy of Arts and Sciences, APSA’s Charles Merriam award, APSA’s Warren E. Miller award, and APSA’s Samuel Eldersfeld lifetime achievement award, and the PSA’s Sir Isaiah Berlin award, as well as several book awards and honorary doctorates. Publications in 2019 include books on Electoral Integrity in America for OUP and Cultural Backlash for CUP. New books are in press on In Praise of Skepticism: Trust but Verify (for OUP, 2022) and on Authoritarian Culture. For full details, see her biography (www.pippanorris.com).