The political and technological environment in which public opinion research operates has experienced dramatic changes in the past few years. Politically, we have witnessed unrest and wars in many parts of the world, a rise of populism and anti-immigration sentiments in large parts of the Western World, and the threat of escalation in the Korean Peninsula. In situations where public opinion is evenly divided, it has been very difficult for pollsters to accurately predict the final results, like in the UK election of 2015 and the Brexit referendum of 2016, the US 2016 presidential elections and the Israeli 2015 elections. Recent technological developments in the modes of communication – spread of cellular phones and of the internet for example – present new challenges – and offer new possibilities – to survey research. Alternate indicators to polling appear, including indicators from citizens’ activities in online social networks and indicators of their online information seeking. In light of these technological and political changes, traditional public opinion research faces many opportunities and challenges.

The 71st WAPOR Annual Conference program highlighted these issues, namely questions relating to how public opinion operates – and can be measured – in these changing environments and how it should operate in order to better serve society. Paper topics focused on all aspects of public opinion. These topics included: 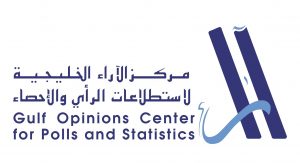